by Rabbi David A. Kunin

From Talmudic times until today members of the Jewish community have taken on the obligation to help others within their community in their times of need.  Indeed, our tradition has always stressed that each of us is responsible one for another.  The burial of the dead and the comforting of mourners have, therefore, been times when Jews, throughout the centuries, have organized themselves to reach out with aid and compassion.

Numerous rabbinic texts stress the importance of caring for people at the time of their death.  The Talmud, Shabbat 127a, teaches us that attending the dead to burial is a deed which yields a reward both in this world and in the world to come.  This sentiment is echoed also in Sotah 14a, which reminds us that our obligation to see to the burial of the dead stems from God’s fulfilling this mitzvah on behalf of Moses.

The stress placed on this mitzvah in Talmudic times seems to have led to the creation of the first organizations which served in the same capacity as the modern Chevra Kadisha.  One such organization is described in the following text from the Talmud, Moed Katan 27b:  “Rav Hamnuna arrived in Darumasa and heard the sound of a Shofar announcing the news of a death.  Subsequently he saw townspeople engaged in work.  He said to them, may you be excommunicated!  Is there not a dead person in the town that needs to be buried?  (In Talmudic times everyone in the town would be expected to take part in the burial.)  They replied, “There are societies in town responsible for the burial of the dead.  He therefore permitted them to continue with their work.”  There are also many other texts from the rabbinic period which also indicate the presence of special havarot (societies), organized for the burial of the dead.1

By the 14th century special havarot which took on the obligations for the burial of the dead sprang up across Spain and Germany.  Unlike, however, the modern Chevra Kadisha, these organizations did not extend the privilege of burial to the entire Jewish community.  Rather, they contented themselves with the burial only of their members.  It is to this type of chevra that the medieval commentator Rashi refers in his commentary on Moed Katan.  “There were associations, each of which made itself responsible for the burial of its own members.”  Rashi describes the functioning of the havarot of his own time rather then those mentioned in the Talmudic text on which he was commenting.

Because of the sacred tasks fulfilled by the Chevra, members were called mitassekim.  This term, which derives from the Talmud, literally means “those who occupy themselves.”  Another title, gomelei hasadim is an indication of the importance of burying the dead – in some texts it was considered to be the only true act of gimilut hasadim.  Among Sephardic Jews, members were called lavadores, meaning the washers of the dead.

Traditionally – across Europe – membership in the Chevra Kadisha was limited to males over the age of 13.  Women had their own burial societies, called Nashim Zadkaniyyot (pious women).  Membership came with privileges.  Chevra families were buried in special sections of the cemeteries and funeral expenses were often reduced.  It was considered to be a great honour to be a member of the Chevra Kadisha, and the right was often passed down from generation to generation.   Sir Moses Montefiore expressed, for example, his pride at being elected a member of the Society of Lavadores in London.  Indeed, for important families, even the age limitations were sometimes waved. In one case, Shneur Zalman of Ladi – later the founder of Chabad Hasidism – was welcomed as an assistant shamis in a Chevra Kadisha at the youthful age of five.  Many wealthy children were even enrolled on the day of their brit milah.

In general, the board of a Chevra Kadisha was elected during Sukkot for yearly terms.  Presidents, however, far from having long terms of office, only served for a month at a time.  In many communities boards consisted of 18 members – refering to חי life.

In addition to their holy activities the Chevra Kadisha fulfilled a fraternal role within the community.  A yearly seudah was common, often celebrated on the 7th of Adar – the traditional anniversary of the death of Moses.  Other communities celebrated in Kislev, when some chose Lag B’Omer.  The Seudah would follow a day of fasting and the recitation of penitential prayers.  It was not uncommon for synagogues to extend certain honours to the members of the Chevra Kadisha.  The honours on Hoshanah Rabbah were traditionally distributed by the Chevra, and the President of the Chevra was often escorted into the synagogue under a tallit on Simchat Torah.   In some communities, the haftarah on the intermediate Shabbat of Pesach – the vision of Ezekiel concerning the field of bones – was always read by a member of the Chevra Kadisha.

From Talmudic times to the present, members of Chevra Kadisha – in all its forms – have reached out as volunteers to help individuals and families in the most difficult of times.  Our tradition teaches that burying the dead is the highest form of gimilut hasidim because it is an act of tzedakah where there is no expectation of reward.  It is this selflessness and dedication to the community that we celebrate in this exhibit. 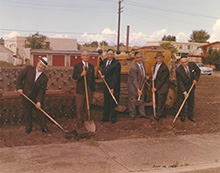 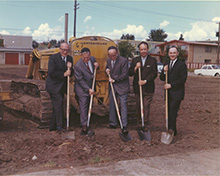 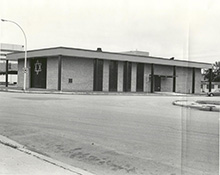